This is not your grandmas dressing but it’s a tasty alternative that can be served with any holiday dinner. The mushrooms and the Red Eye Express give it an earthy flavor with lots of umami and the dried cranberries add just the right amount of sweetness. I like to cook it on the grill for an extra layer of smoky flavor. 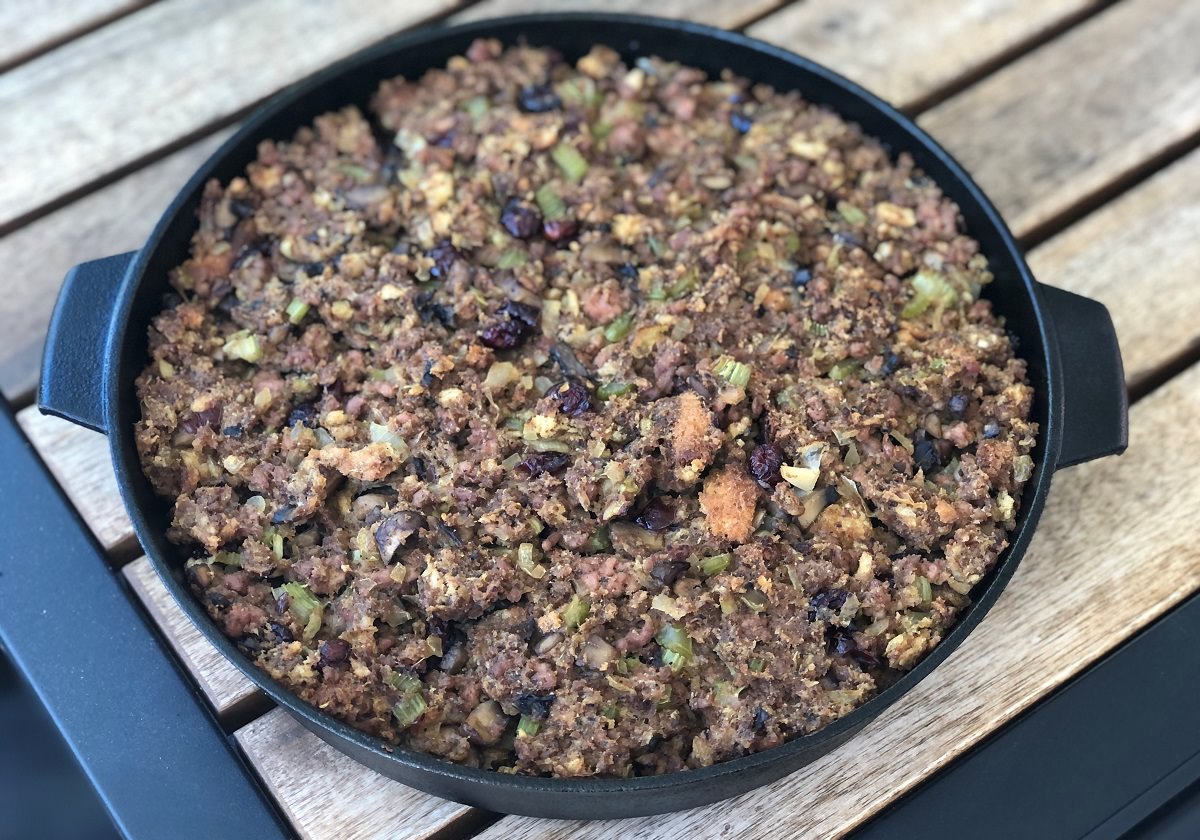