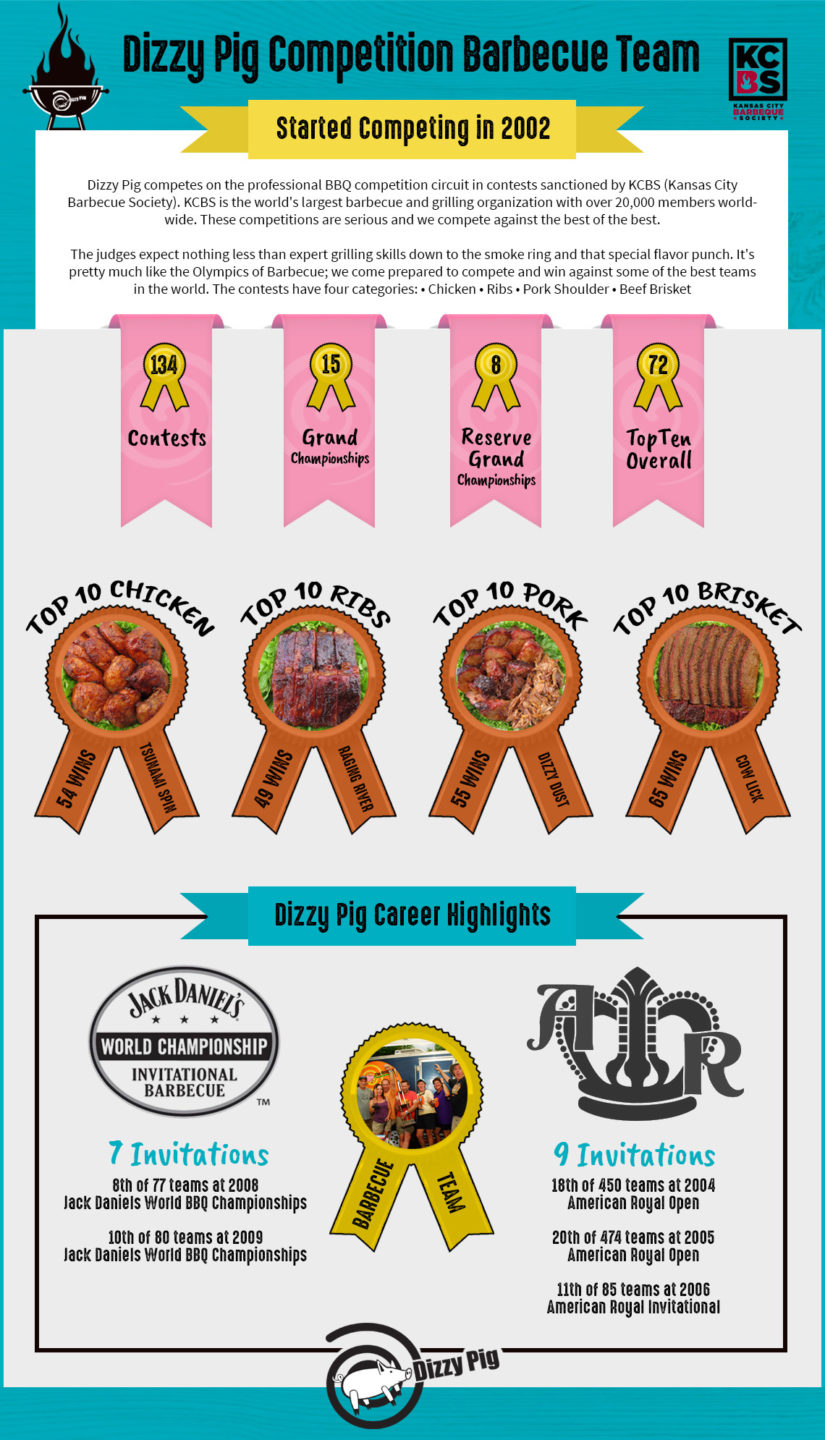 Dizzy Pig competes on the professional circuit in competition barbecue contests sanctioned by KCBS (Kansas City Barbecue Society). KCBS is the world’s largest barbecue and grilling organization with over 20,000 members worldwide. These BBQ competitions are serious and we compete against the best of the best.

At these competition barbecue contests, the judges expect nothing less than expert grilling skills, down to the smoke ring on the meat and that special flavor punch. It’s pretty much like the Olympics of Competition Barbecue; we come prepared to compete and win against some of the best teams in the world. The contests have four categories:

The Dizzy Pig Competition Barbecue Team started competing in 2002. We have competed in 15 states, mostly in the Mid-Atlantic region and surrounding states, and have gone as far as Missouri, Tennessee, and Vermont to compete. Of the 134 contests we have competed in, our stellar results include:


Grand Championship wins earn us invites to the American Royal and the Jack Daniel’s World Championship, where the Dizzy Team was honored to cook among the best bbq pitmasters in the country. Here are some highlights of our career:


Exclusive Use of Dizzy Pig Seasonings

Staying true to our mission to have our seasonings judged by professionals, we used Dizzy Pig rubs exclusively at these contests – the very rubs we sell online, in our BBQ Supply store in Manassas, VA, or at a local retailer near you.

Here are some stats for the four categories of competition:


The Dizzy Pig team stopped competing in 2021, but the legacy stands. Exclusively using Dizzy Pig spices, we made a whole lot of really picky judges happy. Just think how you can impress your family and friends!