The Story Behind Tsunami Spin 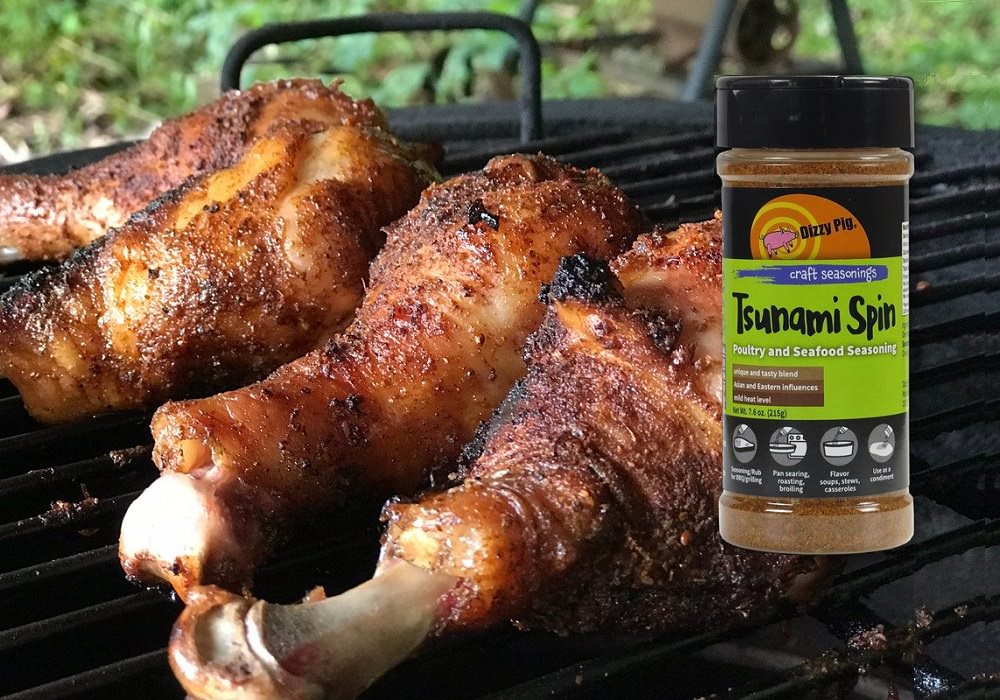 Tsunami Spin may be the tastiest seasoning on the planet for poultry. Our customers feel the same way, and professional barbecue judges tend to give us high scores.

In fact, the Dizzy Pig Competition Team has racked up over 50 top ten awards in the chicken category, including 2nd and 3rd place awards at the Jack Daniels World BBQ Championships.

All with Tsunami Spin as the main flavor.

How did we come up with something so unique, but so delicious? 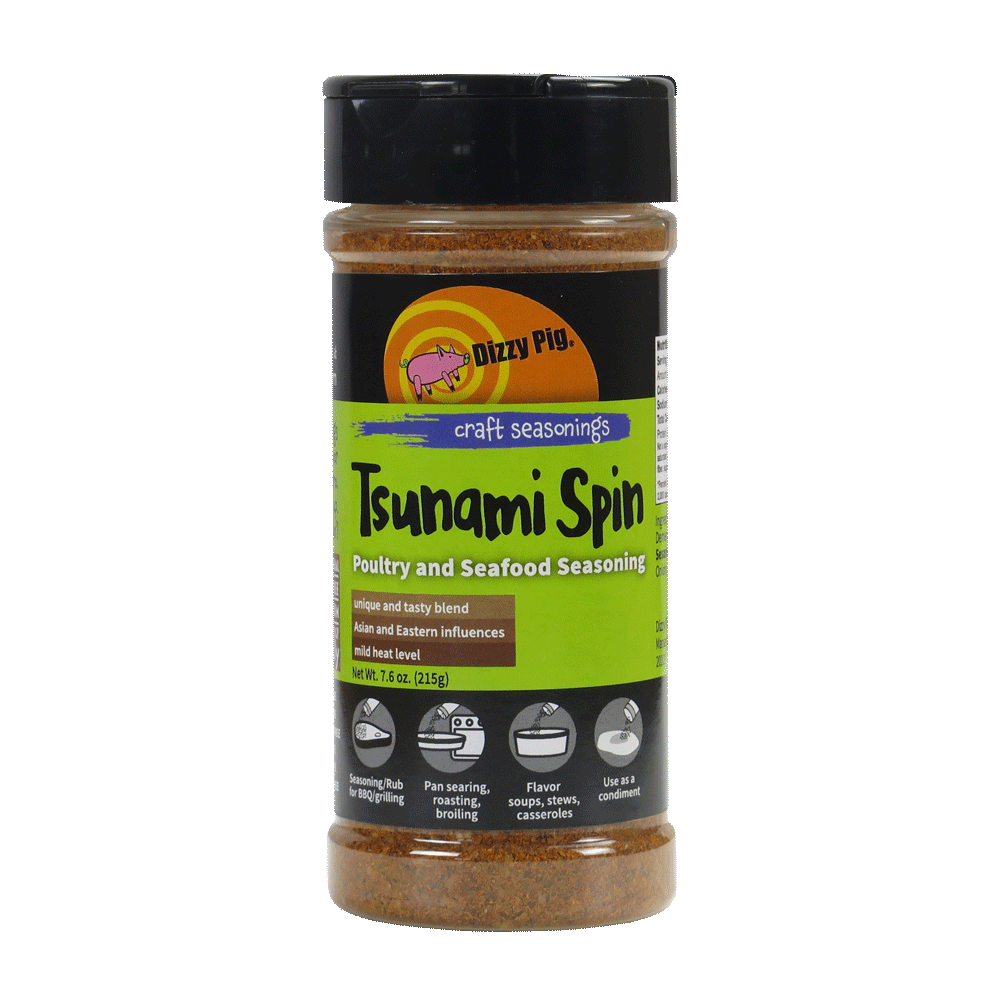 Chris has enjoyed amazing Vietnamese home cooking since his marriage to his college sweetheart in 1988. When Chris set out to develop Tsunami Spin in 2003, his goal was to build on the inspiration of the new Asian flavors he was exposed to.

would be the base that Chris would work with to create this Asian-inspired recipe.

As with all of Dizzy Pig’s recipe development, there would be many versions, and lots of cooking.

As the recipe was coming together, Chris realized that the seasoning blend was delicious… but that the final result didn’t really taste like Asian food.

What resulted is a versatile blend that tastes like nothing else!

A Virginia fusion had been born!

Many years later, Tsunami Spin is still one of our best-selling blends. The Dizzy Pig competition team continues to rack up awards with Tsunami Spin on chicken, and our customers still insist on it!

And it doesn’t stop at chicken. Go on a journey with

Since this blend has been around for so long, some amazing tried and true recipes have been developed, and have become “classics” in their own right.

Here are a few of our most-enjoyed recipes using this one-of-a-kind seasoning blend:

Intrigued? We’ve set up a section with an entire collection of more recipes using Tsunami Spin