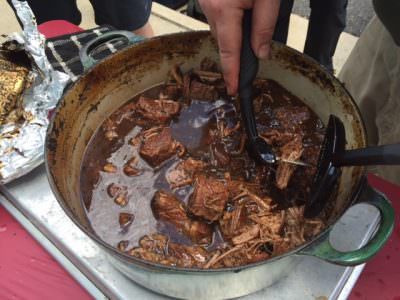 Max and Sydney Rosen found a great recipe for a Guinness braised brisket and then put a fantastic Dizzy Pig spin on it. This simplest of recipes, with only three ingredients, turns out a bold, delicious brisket, matching the flavors of our Game On! coffee infused rub, the bitterness of the Guinness Stout, and the great beefy flavor of brisket. It’s easy, it’s fast, and it may be one of the best briskets you have ever eaten!!