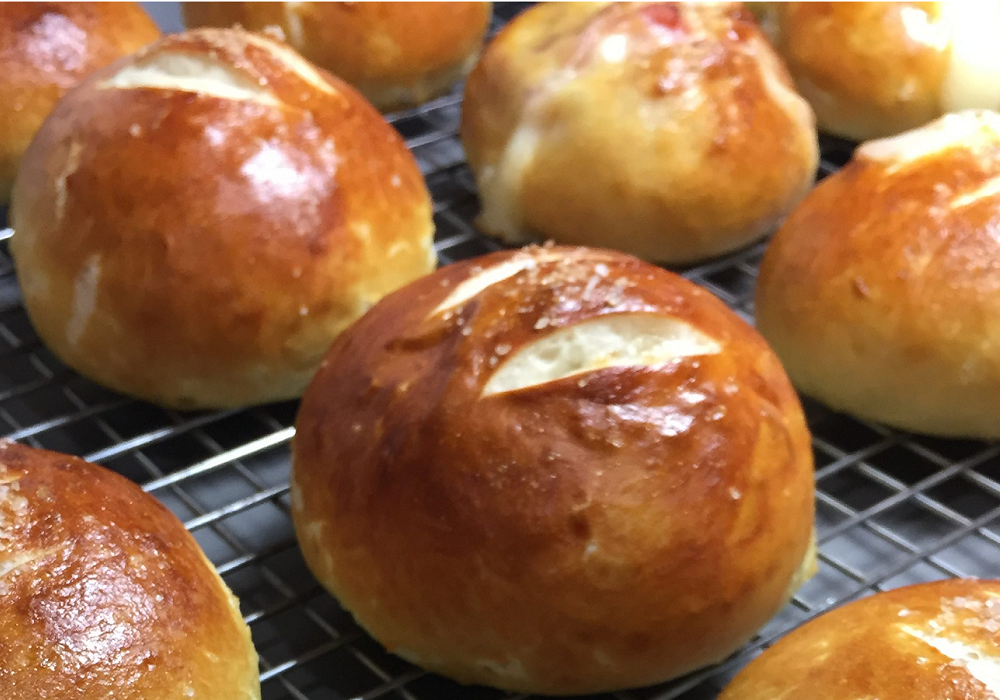 Any reader of this newsletter that also competes on the professional cooking competition circuit knows the importance of persistence in refining a recipe to meet your, and perhaps more crucially, judges satisfaction.

So those folks will know exactly what I mean when I say that a tweak here and a revision there may be the difference between a successful cook and a day spent watching others go up to collect ribbons, trophies and prize money.

Dizzy Pig’s amazing line-up of seasonings was built on persistence and tweaking before they became the versions you know and love. If memory serves,


So, bottom line, the Dizzy Tip for this month, is to try new recipes, create new things, following your instincts and personal tastes.

And, if when the meal is over, the verdict is, ‘Meh, it was okay, it could have been better’, take that critique and run the components and techniques of the dish through your mind and consider what can be revised and tweaked to truly turn the project around and into the dish that compelled you to try it in the first place.

As an example, here is a project that I’ve been working at refining for the past month or so. 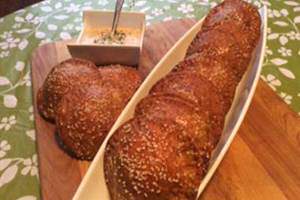 It started off with an interest in pretzel buns. I found an online recipe that worked for me in its base format, and I tweaked it right away, incorporating Dizzy Dust and Raging River right into the dough, replacing all the salt and half the sugar in the online version.

I did this because I envisioned the roll being an ideal platform for pulled pork, which utilized those two rubs in its crust. So, the first step of this journey was taken and the results were good, as you can see: 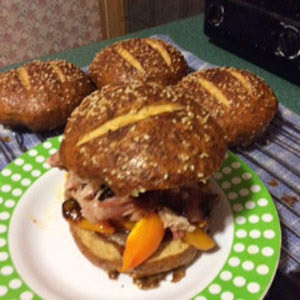 However, just about this time, I was talking with Chris (Capell, Dizzy Pig owner), about the idea of‘Small Plates, Big Flavors’ and wanted to somehow make this new pretzel bun project fit into that model. Sure, the natural reaction would be to say, ‘just make small slider buns!’ but my mind went another direction, as I was on to thinking of pulled pork actually stuffed into pretzel buns.

That led to tweak #2 and the idea of creating the pretzel dough and wrapping it around a serving of pulled pork, sauced and with caramelized onions included.

That result was beyond ‘okay’ and definitely ‘getting there’, but there was one substantial problem; the pretzel dough was not very sticky and it was difficult to create a tight seam that would hold up when the crucial boiling of the dough step came about. Great try, and close, but these had a bad dough-to-meat ratio, so another step was needed to reach the goal of a great ‘Small Plates, Big Flavors’ candidate: 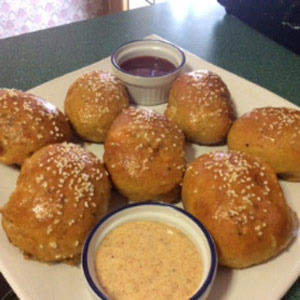 As luck would have it, I had just invested in a pasta roller for home use and I incorporated an idea from one of our mainstays at work: Italian ravioli. However, in this case, it was the Dizzy Dust/Raging River infused pretzel dough that was run through the rollers, cut out with a metal ring and then two were used to sandwich the sauced pulled pork/caramelized onion filling. Subsequent crimping of the edges cured the non-sticking dough problem sufficiently that they could make it through the baking soda boil process intact.

Finally, on version three of the pretzel bun ‘experiment’ I had what I wanted: a ‘Small Plates, Big Flavors’ appetizer style offering of pulled pork inside a pretzel bun. Success! Here’s the end result of that project that showcased persistence, perseverance and tweaking of a recipe in order to achieve your goal.

Next month in Dizzy Tips, I’ll take this subject to the next level and talk about ways to think outside the box in creating your own signature dish(es) and the quest to create your own personal ‘perfect bite of food’.