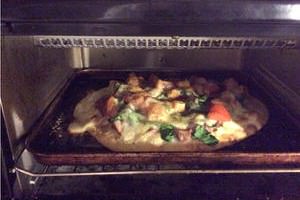 I still consider myself a beginner when it comes to barbecue, smoking, charcuterie and just general kitchen cooking. I say this even though I’ve worked in the food industry as a chef/cook for pretty much the last decade and the bbq team I led was once a national champion. The saying, ‘the more I see, the less I know’ is truly fitting and I’m humbled by the sheer volume of knowledge that is available via the internet and just by simple self-exploration.

One of the first major lessons I learned came from a long-time friend and mentor, Reg Pelletier, from Niagara Falls, Ontario. Reg and I got into competition bbq at the same time, but he, at that time, already had a long history in the restaurant biz as well as experimentation in meat curing, smoking and other awesome pursuits like cheese making, brining and running a full brigade in a commercial kitchen.

Fact is, 250°F is 250°F, regardless of indoor cooking, outdoor cooking or mountain-top cooking.

Like most life lessons that stick the hardest, his most resonant instructions were simple and clear. One of the first, and the one I’m sharing in today’s Dizzy Tips is this: “Heat is heat”. You may be shaking your head and saying, “What does that mean?” Fact is, people often post/ask/request for temps for recipes based on whether they are cooking in their grill, in the oven or on another off-set cooker or smoker. Fact is, 250°F is 250°F, regardless of indoor cooking, outdoor cooking or mountain-top cooking (like my buddy Nature Boy is doing this weekend up in the hills of West Virginia)!

Once you get your head around the idea that heat is heat, the focus of your cook moves from the cooker itself, to the food, and the idea of cooking an amazing dish like a pizza, becomes much less complicated. Whether it’s on a Big Green Egg with a pizza stone, or something much simpler, the cook is reduced to simple time and temperature and … most importantly … the development of great flavors!

Heat is heat, and flavor is flavorReg Pelletier

Dizzy Pig seasonings excel and flavor dishes regardless of cooking appliance or apparatus!Heat is heat, as my buddy Reg maintains, and flavor is flavor! Dizzy Pig seasonings and spice blends perform their taste bud tingling magic in any cooking environment you are working in. In fact, right now, the US east coast is getting pounded by major snow, so I’m imagining bbq time is at a premium. Don’t let the lack of grill access limit your use of Dizzy Pig spices. In fact, use them more, as they’ll take your pantry ‘emergency supplies’ to new heights!

In summary, and in hopes of bringing my point home to you in this Dizzy Tips offering, I’m going to refer back to a recent post I made on the Dizzy Pig Seasonings Facebook page. On there I posted a picture of a very nice (and very tasty!) pizza I made which incorporated the Dizzy Pig Mediteranian-ish spice blend in both the main protein (pork tenderloin) and as a finishing seasoning on the pizza itself. I’m sure many saw the savory result and figured it was done on a Big Green Egg or one of the other smokers in my arsenal. Fact is, neither is the case.

The pizza that has garnered nearly 1000 views on the Dizzy Pig site was created in our $50 home Hamilton Beach toaster oven. Proof that quality ingredients, whether grilled, smoked or otherwise — when coupled with the awesome, balanced and fresh-ground burst of Dizzy Pig seasoning intensity — can be incredibly flavorful and inspiring, regardless of the cooker on which they were created. Reg was definitely right, heat is heat, but there is only one true source for awe-inspiring spice seasoning: Dizzy Pig!