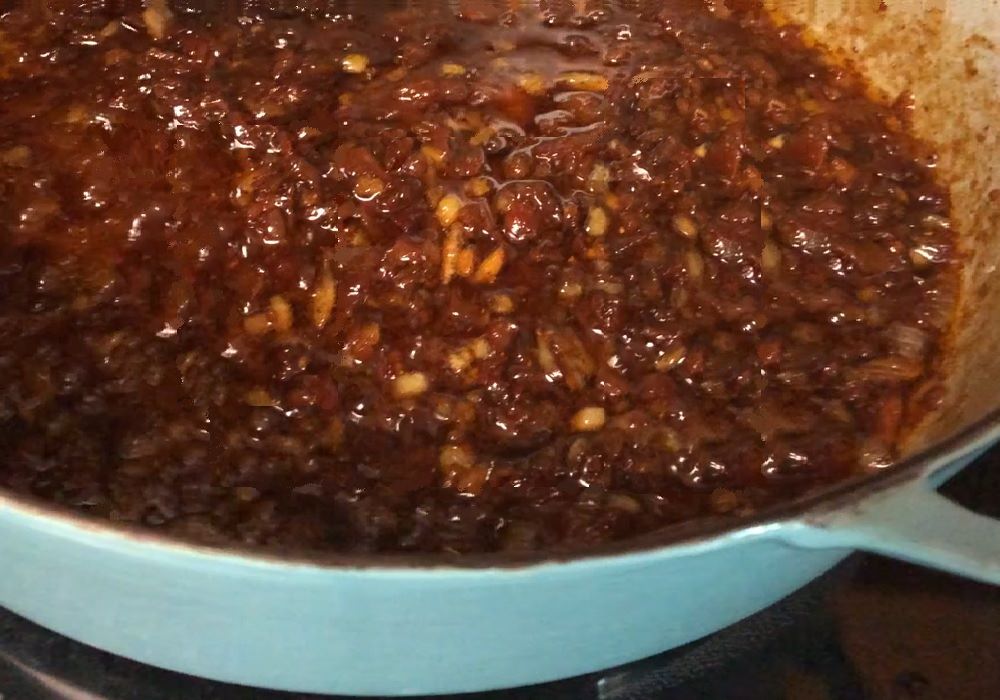 Bacon Jam is a condiment that a lot of restaurants use on burgers and sandwiches. It’s sweet and salty, and with the addition of the Jamaican Firewalk, it’s spicy with a bit of that great jerk flavor.

In this recipe, I discard half of the bacon fat and I like it that way. If you have to, remove more of the bacon fat but remember that you are tossing some great flavor with it. I like this on crackers and on toast, as well as burgers and sandwiches.